In Bizarre V4 #1, a fanzine published by Walter E. Marconette and Jack Chapman Miske in January 1941, there’s an article by famed early science fiction author E.E. ‘Doc’ Smith titled The Open Mind. In this piece ‘Doc’ goes to some lengths to explain how all too often readers who complain about impossible situations and inventions are quite wrong, that many things commonly assumed to be impossible can’t absolutely be proved to be such. To quote Smith:

Hence fellows, this plea for more real thought and less dogmatism in your judgements and pronouncements. There are impossibilities, of course. Not as many as there were a few years ago, to be sure; but unless unless and until our language, elementary mathematics, and habits of thought change most radically, quite a few impossibilities will remain.

This necessitates a definition of “impossibility.” For the purpose of this article, sketchily and in a very few words, here it is:- That which violates a natural law. Not a theory, please note, but a LAW.

Smith then goes on to explain the difference between mathematical and philosophical reasoning:

Philosophically, it is by no means a certainty that the sun will rise tomorrow morning. The observational fact that it has done so every morning up to now does not establish a natural law. It sets up an extremely high degree of probability; but that is all: and in that connection it must be remembered that it was against a probability of even greater magnitude than that that the very earth upon which we live came into being.

Mathematically, however, as opposed to philosophically; by celestial mechanics and its proven laws; the sun’s rising tomorrow morning becomes a certainty–although, even there, the mathematician is forced to stipulate that no new force shall become operative in the meantime.

From there ‘Doc’ Smith goes into some detail, giving examples of what he considered ‘impossible’ and what not (and putting the boot into one unfortunate commentator along the way). On the whole for a chemist by training who wrote novels featuring coruscating beams of force and similar phenomena he comes over quite well. I’m not sure I buy his argument that cross-breeding an elephant with a mosquito can’t be proved impossible but then I have the unfair advantage of 77 years of history on my side. (Yes, it’s potentially possible that genes from one might be spiced into the embryo of the other but I’m not going to count that, even if it’s practical, because it’s too far short of the half and half sort of hybrid Smith clearly had in mind.) 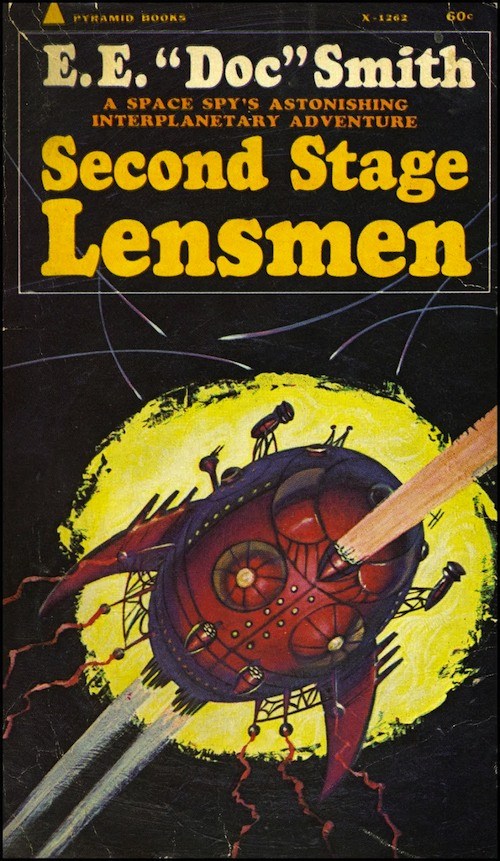 However it’s obvious I have a problem with this article or why else would I be writing about it? Well that problem appeared right in the first four paragraphs, just before Smith sees fit to expound his already quoted fine sounding sentiments about less dogmatism and more thought from the readers of science fiction. To quote:

To tell any man that he has no sense of humor is to insult him practically beyond forgiveness. Yet how many men actually have a real sense of humor?

Similarly, any S-F fan will contend–and will uphold the contention with might and main–that he himself is open mindness incarnate; that his mind is as pellucidly clear and as unobstructed as intergalactic space. Yet how many of us are kidding ourselves?

I will admit that as a class S-F fans are more open-minded than most. They have to be, or they would not be fans. This, it seems to me, is axiomatic, from the very nature of science fiction. However, that admission is, a la Shakespeare, damming with faint praise indeed; for it is literally appalling that so few people make any attempt whatever to think for themselves, that so many are either unable or unwilling to take any mental nourishment that is not completely predigested.

Nor has open-mindedness any close relationship to brain power. Scientists as a class can think–that is the way they earn their livings–but are they really open- minded? Witness the treatment accorded by scientists to almost every propounder of a new idea. They closed their minds to the idea of a round earth: they knew and proved that it was flat. Scientists, only a few years ago, knew and proved mathematically that any heavier-than-air machine could not possibly fly. And today, anyone who upholds in strictly scientific circles the intrinsic possibility of space-flight–as I have done more than once–is very apt to be regarded as a crackpot. 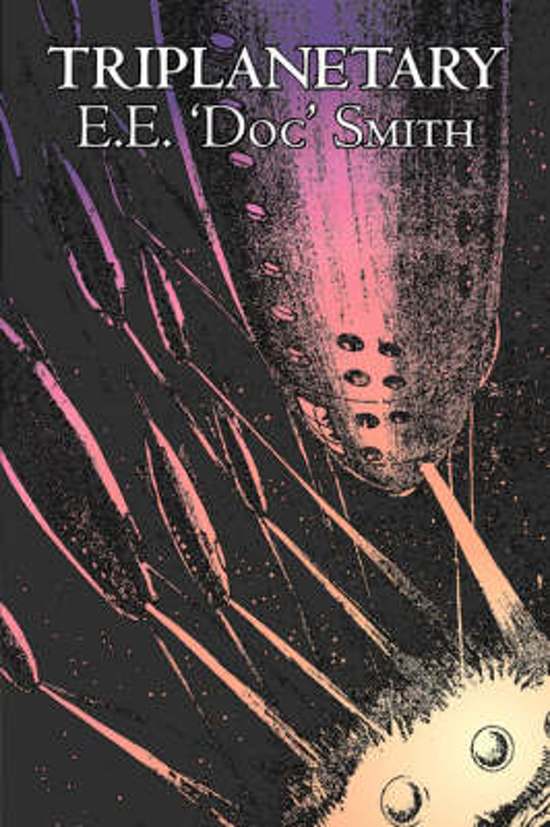 And there we have it, as dubious an argument as can be found on the average Internet forum.

For example I was very much surprised to learn how the scientific community rejected the possibility that the Earth might be round. I was under the impression that the Ancient Greeks first propounded the idea of the Earth as a sphere and that this has been the accepted scientific view ever since. I would research Smith’s claim that this was otherwise but curiously he didn’t then go on to list the names of any scientist who supported the flat-earth theory, nor did he quote any argument put forward by scientists to disprove the roundness of this planet (there are a few such arguments but none of them were favoured by the scientific community at the time this article was written). Perhaps this was because Smith realised how difficult it would be to back up his claim and instead left his accusation unsubstantiated rather than weaken it.

In the spirit of fairness I have to admit that some eminent scientists did claim heavier than air flight was impossible, or at the very least impractical, but I very much doubt it was as cut and dried topic within the scientific community as ‘Doc’ would have us believe. Again, much easier to make unsubstantiated accusations than complicate your argument with with facts.

I have to wonder if Smith was in fact sulking somewhat because some people, who may or may not of been qualified to discuss scientific matters, had complained that space flight and other predictions of ‘Doc’ Smith novels such as the Skylark and Lensman series were scientifically impossible. Indeed this feels emotionally all too close to a cliched mad scientist rant. All it needed was for him to include something about showing them all.

I wonder if Marconette or Miske received any letters querying any of Smith’s claims? Perhaps not as he was an awfully popular author at the time and I’m not sure that many fans of that era had the scientific background to call into question the word of a scientifictional god like E.E. ‘Doc’ Smith. Either way I suppose we’ll never know because I believe that there was only one issue of Bizarre ever published. If there were any letters written to the editors on this matter I assume they have long since disappeared into the aether.

Which is a pity because I’d really like to know if I’ll ever get to see coruscating beams of force. I imagine they would make for a pretty good light show.